Kanji Characters with the Most Beautiful Meanings

Kanji is one of the world’s fascinating scripts. Much of Kanji are Japanese script that originated from Chinese written characters. The Kanji characters were formed by combining characters. What makes this writing system attractive by design is its mystery and simplicity. This is why people, especially notable celebrities, chose to get Kanji tattoos. Thus, here are some Kanji characters with the most beautiful meanings: 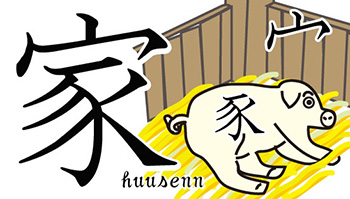 This character is composed of two Kanji components. First, the top portion (宀) means the word “home”. As observed, the character is similar to what a roof would usually look like. Second, the bottom portion (豕), is equivalent to the word “pig”. While we mostly know pig for being an animal, it actually is used to symbolize someone’s standing in life. During the past generations, having a pig is considered to be a privilege. 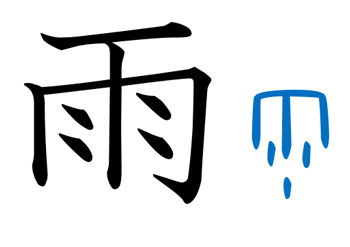 This character is arguably the easiest one to interpret for those who are unfamiliar with Kanji. On one hand, the top horizontal line is meant to signify the sky. On the other hand, the four dashes below represent drops of rain. Before, only these two characters existed to form the rain character. However, it eventually transformed to 雨 during modern times.

This character is also easy to interpret because of its literal interpretation. While the character seems like an ordinary barbecue stick, it carries a deeper meaning as a Kanji symbol. As observed above, there are two boxes that are connected by a stick. The stick exists for the sole reason of connecting two things. Thus, this Kanji character signifies stringing things together.

This Kanji character presents an emotional meaning. The character is composed of two basic characters. First, 刃 character at the top means “blade”. Second, 心 at the bottom means “heart”. When the two mentioned characters are combined, it can be noticed that there is a pierced knife through the heart. This character presents a painful scenario which one must tolerate or resist.

This Kanji character has one of the deepest philosophical meanings. The character is made of two basic Kanji components. First, 日 on the left side means “sun”. Second, 月on the right side means “moon”. Combining the two components, this character exhibits that one cannot exist without the other. This is why the moon can only be visible if there is sunlight that will reflect off of it.