Home > Column of Japanese Culture > The Difficulties of Kanji

The Difficulties of Kanji

There are always difficulties involved in learning a completely new language. Though many would argue, Kanji may be the most difficult part of learning Japanese. What is most daunting to most people are the sheer number of characters and rules that are necessary to become literate enough to survive a day in Japan.

Kanji involves quite a bit of memorization and a whole lot of dedication. There are about 50,000 Kanji characters. However, very few native Japanese speakers actually know or use anywhere near this many. At the end of their compulsory education, a child will have learned about 2200 characters, which is approximately the number of Jōyō kanji – the most commonly used characters in everyday life. A native speaker who grew up in the country may know about 3500 to 4000, while a fairly well-read academic might know about 5000. 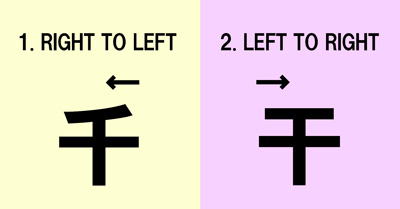 Stroke order and direction are both very important when it comes to Kanji. Incorrectly doing them will result in characters that have a completely different definition. The general rule when writing is that, starting from the top-left corner, horizontal strokes are done from left to right then vertical strokes are written from top to bottom. This is so that characters like 千 (thousand) and 干 (dry) can be easily be differentiated. The top stroke for thousand is written from right to left while the top stroke for dry is written from left to right.

The way strokes are ended also matter. Kanji has three: the “stop”, “sweep”, and “hook“ stroke endings. These help those reading your written Kanji understand and differentiate exactly what you’re trying to convey even if your handwriting is rushed or messy. For example, 月 (moon) without the hook end at the end of the vertical stroke could easily be mistaken for a badly written 日 (sun) with a bottom stroke that is a little high.

Another reason why people may find Kanji difficult is because Kanji can be read in many different ways, depending on the context, pronunciation, and kana used to spell it. This is similar to heteronyms in the English language. For example, the most common Kanji in Japanese is 人 (person), and it can be read five different ways. While 生 (meaning “life”) has 13 different readings!

There are two ways to read Kanji: on’yomi and kun’yomi. On’yomi, the Chinese readings of the characters are normally written in katakana, while kun’yomi, the Japanese readings are written in hiragana. Most Kanji can have both readings. For example, the on’yomi reading for the Kanji character for water 水  is すい [sui] while the kun’yomi reading is みず [mizu]. However, there are exceptions and some Kanji will only have on’yomi, like tea 茶 (ちゃ). Others will only have kun’yomi, like princess 姫 (ひめ). 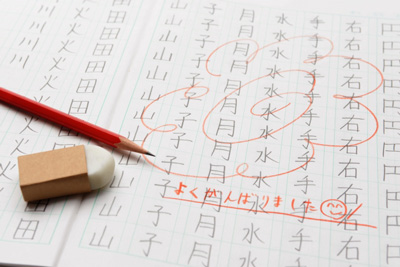 To be considered fairly fluent in Japanese, you would have to know all the Jōyō kanji, 10,000 different words, and hundreds of grammar rules and patterns. The practice involved in learning is the most essential thing when it comes to mastering Kanji. Even elementary kids will have homework consisting of writing drills that involves writing a set of Kanji several times as well as learning its proper use in context. Practicing how to read and write Kanji and practicing in an immersive environment, or simply doing things like watching films or reading will help speed up the learning process.